Shocking news (from a betalogical point of view): only 10% (2 out of 19) of the startups which presented themselves at the Startup Rally of the The Next Web Conference have been released in beta* (falling from 53% in 2012 and and 60% in 2008). Oddly enough the tracks have been called ‘Alpha Rally’ and ‘Beta Rally’…

Minor update: I’ve added a custom search engine which searches within many cool and/or useful blogs (list below). 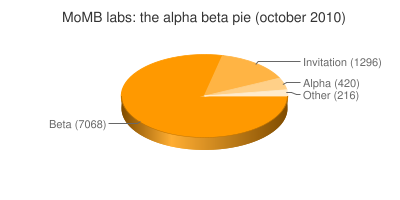 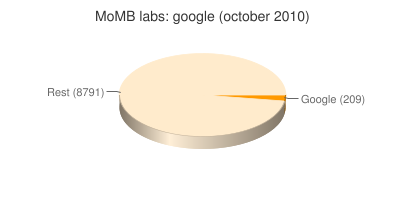 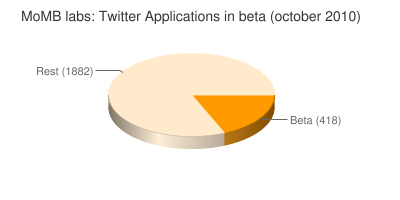 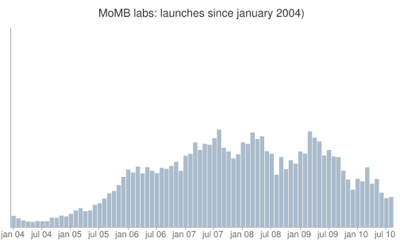 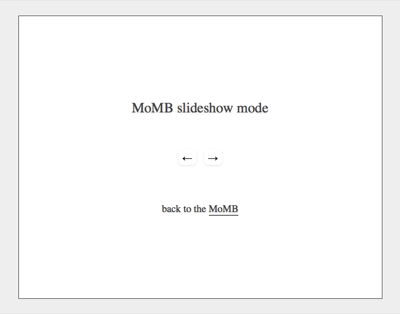 I’ve added a slideshow mode which lets you conveniently browse the most recent additions using the arrow keys or the keyboard shortcuts j/k.

The slideshow was heavily inspired by this presentation on HTML5 and uses HTML5. If your browser does not support it yet, check out the section recently instead. 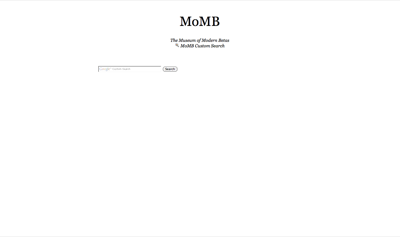 I’ve also revamped the MoMB Custom Search – a search engine based on Google CSE which searches within 200+ hand-picked technology blogs and a couple of news sites.

custom search logo beneath each article.

Last not least I’ve added buttons for sharing on Twitter, Google Buzz, and Delicious and comments via Disqus. They will be displayed when you click on the tiny

Good news (from a betalogical point of view): more than 53% (16 of 30) of the startups which presented themselves at the Startup Rally of the The Next Web Conference are released in beta *:

Bad news (from a betalogical point of view): less than 20% (4 of 21) of the startups which presented themselves at Y Combinator’s Demo Day are released in beta*: